It’s very difficult to design VALID research studies and this one is no exception.  (read on for my scientific reasoning ).

“German researchers gave a group of men a dose of oxytocin thought to be roughly the amount released by the brain after breast-feeding or sex, according to lead author Manfred Hallschmid of the University of Tübingen”.

“These men and another group who took a placebo then had a chance to eat as much as they wanted at a breakfast buffet, and later the same day they were offered snacks”. (The difficulty with studying sex is it’s often impossible to get a valid measure of as-much-as-WANTED).

“Those who took oxytocin ate fewer snack calories, but the hormone did not change how much the men ate during the main meal, suggesting that oxytocin affected pleasure eating without suppressing normal appetite mechanisms.”

“The researchers hypothesize that the hormone diminished reward-seeking behavior initiated in the ventral tegmental area of the brain, a region found to be highly sensitive to oxytocin in rodent studies” (Rodents and humans are good to compare since both are mammals).

“The effect may also be stress-related: subjects who took oxytocin saw a drop in their levels of the stress hormone cortisol, according to the paper published in 2013 in the journal Diabetes. More work is needed to understand whether oxytocin could be used to treat obesity, but until then the finding at least hints that it may be possible to curb your cravings by having more sex.” (giving you less time to eat)

(A reasonable conclusion: This study is flawed since male mice & men are naturally picky eaters)

If you don’t believe me read the article: http://www.scientificamerican.com/article/sex-hormone-lessens-snacking/

Originally posted on Curious to the Max

Like Loading...
Every evening and morning I weigh myself.  In the morning I am exactly 2 pounds lighter than the night before.  The only explanation I had for my weight loss was I expending energy by tossing and turning while I slept. 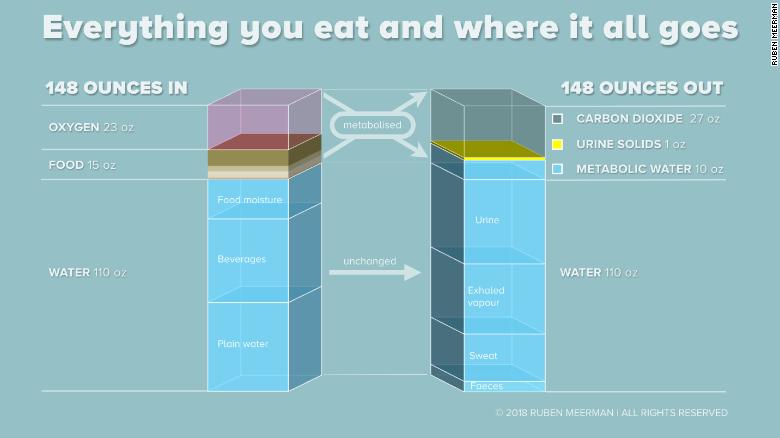 A standard prescription for weight loss is to reduce the amount of calories you consume. In a new study, published in JAMA*, people who ate lots of vegetables and whole foods rather than processed ones lost weight without worrying about calories or portion size.

It found that people who cut back on added sugar, refined grains and highly processed foods while concentrating on eating plenty of vegetables and whole foods — without worrying about counting calories or limiting portion sizes — lost significant amounts of weight over the course of a year.

“The strategy worked for people whether they followed diets that were mostly low in fat or mostly low in carbohydrates. . . .. their success did not appear to be influenced by their genetics or their insulin-response to carbohydrates, a finding that casts doubt on the increasingly popular idea that different diets should be recommended to people based on their DNA makeup or on their tolerance for carbs or fat.”

The study compared  how overweight and obese people would fare on low-carbohydrate and low-fat diets . . .  and tested the hypothesis — suggested by previous studies — that some people are predisposed to do better on one diet over the other depending on their genetics and their ability to metabolize carbs and fat. (A growing number of services have capitalized on this idea by offering people personalized nutrition advice tailored to their genotypes.)

The participants were encouraged to meet the federal guidelines for physical activity but did not generally increase their exercise levels,

The new study stands apart from many previous weight-loss trials because it did not set extremely restrictive carbohydrate, fat or caloric limits on people and emphasized that they focus on eating whole or “real” foods — as much as they needed to avoid feeling hungry.

They did not have to restrict or even think about calories.

“Dr. Walter Willett, chairman of the nutrition department at the Harvard T. H. Chan School of Public Health, said the study did not support a “precision medicine” approach to nutrition, but that future studies would be likely to look at many other genetic factors that could be significant. He said the most important message of the study was that a “high quality diet” produced substantial weight loss and that the percentage of calories from fat or carbs did not matter, which is consistent with other studies, including many that show that eating healthy fats and carbs can help prevent heart disease, diabetes and other diseases.”

*led by Christopher D. Gardner, the director of nutrition studies at the Stanford Prevention Research Center. It was a large and expensive trial, carried out on more than 600 people with $8 million in funding from the National Institutes of Health, the Nutrition Science Initiative and other groups.