Love potions have been a plot point in fairytales for centuries.

Now, thanks to dramatic advances in our understanding of the neuroscience behind love, they’re close enough to reality to be studied by Oxford University researchers. Anders Sandberg, a neuroethicist at Oxford University’s Future of Humanity Institute,  He says that while we can’t buy romance pills yet, it’s only a matter of years before they exist. His work combines neuroscience and philosophy to unpack the ethical consequences of such pills, and just how they’ll fit into our lives. 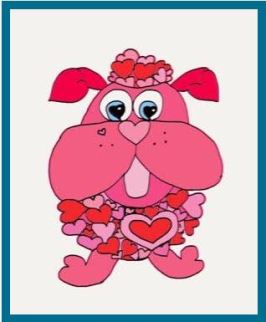 “All our emotions are built on the foundations of neuroscience,” Sandberg says—whether that’s fear or anger or love. Recently, neuroscientists have begun to map out just what happens in the brain when we’re in love, bringing us closer to artificially recreating those neurochemical processes. “While there’s still not anything you can find in the supermarket or approved, we’re getting towards the point where they probably will show up,” he says.

Images of the brain show that love is, well, extremely complicated. Different parts are involved in the initial lustful attraction, the rush of falling in love, and the commitment and affection of long-term love. Romance drugs are most likely to focus on the last, long term part.

Different from the love potion of song that you drink, then fall in love with the next person you see.   Ethically it would be worrisome for that to happen. A love drug may come to be something you take with someone, to keep or enhance your love. 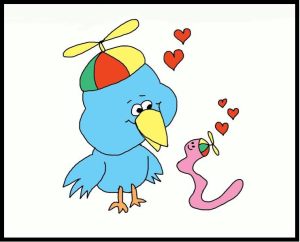 The brain system which determines long term commitment was discovered first in prairie voles. One species is monogamous and another closely related one is promiscuous. It turns out that the differences in their oxytocin systems is behind the different behaviors. Oxytocin helps couples stay together. Not just in voles, as neuroimaging studies in humans who say they are in love also show that oxytocin is the key element.

Drugs are already available to release oxytocin, (some are not legal), and experimentation of new substances such as MDMA and ayahuasca, an Amazonian hallucinogenic.  Sandberg says  “Ecstasy is not implausible.”

Sandberg thinks the drugs we have now do not last long enough to be effective at improving romance. “You probably want to teach your brain to produce oxytocin when you actually meet your partner,” he explains. “You want to teach the brain: This is the person I’m together with.”

We also need to ask ourselves if we want to fool with love? Maybe fading love is telling us something important that we need to pay attention to.

In some senses,though,  we already interfere with the pathways of long-term love, argues Sandberg.

“But surely there’s a clear line between medicalization and other means of improving a marriage, just as in sports there’s a difference between physical training and using drugs to boost performance? Well, the key concern in the sporting analogy is cheating, says Sandberg. Cheating in how you fall in love doesn’t make much sense: “Could you look at a married couple and say, ‘They cheated”?” he asks. “‘They’re deeply in love but they got to that state in the wrong way. Ha, those losers.’”

The question is would these drugs be good to have. Romantic love can be wonderful, but it isn’t always positive. In fact, maybe drugs that inhibit romantic love would be useful, for example, in letting people leave an abusive relationship.Or even just to ease that heartbreak of a failed relationship.

“Beyond the requisite drug trials and safety questions, these ethical concerns are likely to delay the introduction of love drugs. “I think in many ways, the drugs might be the easy part,” Sandberg says. “Figuring out how they actually fit into our lives is going to be the great challenge.”’