Researchers from the University of Waterloo found that even if people weren’t good at it, drawing, as a method to help retain new information, was better than re-writing notes, visualization exercises or passively looking at images.

Older adults who take up drawing could enhance their memory.

“We found that drawing enhanced memory in older adults more than other known study techniques,” said Melissa Meade, PhD candidate in cognitive neuroscience at Waterloo. “We’re really encouraged by these results and are looking into ways that it can be used to help people with dementia, who experience rapid declines in memory and language function.”

The researchers believe that drawing led to better memory when compared with other study techniques because it incorporated multiple ways of representing the information–visual, spatial, verbal, semantic and motoric.

As part of a series of studies, the researchers asked both young people and older adults to do a variety of memory-encoding techniques and then tested their recall.

Different types of memory techniques were compared in aiding retention of a set of words, in a group of undergraduate students and a group of senior citizens. Participants would either encode each word by:

Later on after performing each task, memory was assessed. Both groups showed better retention when they used drawing rather than writing to encode the new information, and this effect was especially large in older adults.

Retention of new information typically declines as people age, due to deterioration of critical brain structures involved in memory such as the hippocampus and frontal lobes.

In contrast, we know that visuospatial processing regions of the brain, involved in representing images and pictures, are mostly intact in normal aging, and in dementia.

“We think that drawing is particularly relevant for people with dementia because it makes better use of brain regions that are still preserved, and could help people experiencing cognitive impairment with memory function,” said Meade. “Our findings have exciting implications for therapeutic interventions to help dementia patients hold on to valuable episodic memories throughout the progression of their disease”

“If we take people as they are, we make them worse. If we treat them as if they were what they ought to be, we help them to become what they are capable of becoming”

Essentially a mystical Faith, the Baha’i teachings focus on the soul’s relationship with the eternal, unknowable essence of God, and recommend daily prayer and meditation to everyone.

Baha’is believe that the human spirit lives eternally, and so endeavor to illumine their souls with spiritual attributes—kindness, generosity, integrity, truthfulness, humility and selfless service to others.

“But now abide faith, hope, love, these three; but the greatest of these is love.”

Baha’is accept the validity of each of the founders and prophets of the major world religions, whose teachings have provided the basis for the advancement of civilization – Abraham, Krishna, Zoroaster, Moses, Buddha, Jesus, and Muhammad. Bahá’u’lláh, the latest of these Messengers, explained that the religions of the world come from the same Source and are in essence successive chapters of one religion from God.

“Prayer need not be in words, but rather in thought and attitude… words without love mean nothing.” 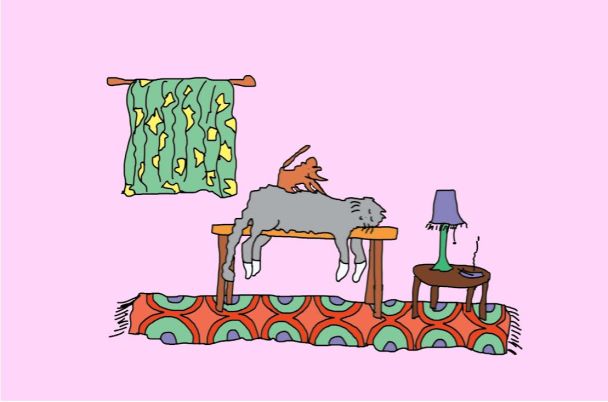 The Baha’i Faith, the world’s newest independent global belief system, teaches the oneness of God, the unity of humanity and the essential harmony of all religions.

During the month of November, Baha’i Blogging is hosting a post-a-day-or-so something related to or inspired by Faith.  Because so many of you follow both this blog and CATNIPblog Peggy & I will post our “dailies” here and Sunday “retrospectives” on CATNIPblog.com

Dear Human-beings who had the good sense, not to mention the intelligence, to subscribe to CATNIPblog

YOU CAME THROUGH FOR ME!  Treats galore! (not an obscure reference to Ian Fleming James Bond novel Goldfinger  but rather to the fact that this blog is dedicated to a “Pussy Cat Galore”).  I get one treat for every subscriber so keep them coming.  But I digress. . .

Unless you are a blogger you might not know that every lick . . .  I mean click, every commenter, every subscriber is catalogued in the statistics.  Which makes my job much easier to keep track of who subscribed and how many treats I get.

Here’s how I ran my subscriber contest:

Until now only Ernst & Young have known the winners.

If that’s you, e-mail my humans at PEGGYJUDYTIME@gmail.com*

You’ll get your treat via U.S. Postal Service as soon as Peggy & Judy get to the Post Office.

*E-mails must be received by Saturday, April 1st (no this is not an April Fool’s prank) or the next random person will be declared a winner and get your treat.

Curious to the Max & Freddie