If you are sitting down while reading this, STAND UP RIGHT NOW!

My favorite heart health blog, My Heart Sisters has a great post.  Here’s a tidbit:

“The Australian study on prolonged sitting adjusted for other factors such as age, weight, physical activity and general health status, all of which can also affect longterm health risks. It found a clear dose-response effect:the more people sat, the higher their risk of premature death. 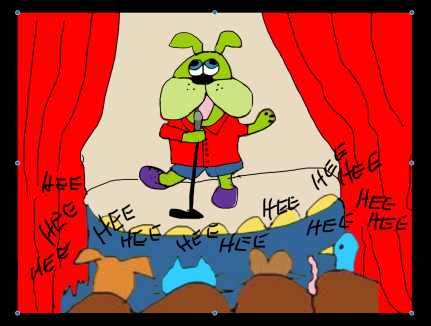 Stand up is better

Healthy or sick, active or inactive, the more people sat, the more likely they were to die prematurely compared to those with non-sedentary lives. While the death risk was lower for anyone who exercised five hours a week or more, it still rose as these active people sat longer.

Why is prolonged sitting so comparatively hard on human beings? This study’s researchers concluded:

“The adverse effects of prolonged sitting are thought to be mainly owing to reduced metabolic and vascular health. Prolonged sitting has been shown to disrupt metabolic function. Sedentary behavior affects carbohydrate metabolism through changes in muscle glucose transporter protein content.

“Our findings suggested not only an association between sitting and all-cause mortality that was independent of physical activity but, because the findings persisted after adjustment and stratification for Body Mass Index, one that also appears to be independent of BMI.”

In another Australian study reported in the journal Diabetes Care, scientists at the Baker IDI Heart and Diabetes Institute in Melbourne observed adults who sat for seven hours on some days and who rose every 20 minutes and walked leisurely on a treadmill for two minutes on other days. When the volunteers remained stationary for the full seven hours, their blood sugar spiked and insulin levels were erratic. But when they broke up the hours with movement, even that short two-minute stroll, their blood sugar levels remained stable. The scientists concluded that what was important was simply breaking up those long, interminable hours of sitting.”

I wonder if lying down with my feet pressed against the wall would work?

Like Loading...
Over the years we’ve re-posted from Carolyn Thomas’ blog Heart Sisters because they are always informative, well-researched and well written.  Her latest post on unusual pain that shows up in the mouth, jaw or face – what dentists call “orofacial pain” – can be a cardiac warning sign really caught my attention.  Here’s a few highlight but I recommend you reading the entire post and click here:

“Orofacial pain of cardiac origin is typically a toothache that occurs spontaneously, and is usually made worse with exercise (just as the chest pain of stable angina typically comes on with exertion, and eases up with rest).”

“Unlike a conventional toothache caused by dental issues, the tooth or jaw pain that’s linked to heart issues can decrease when the coronary vasodilator called nitroglycerin is taken, and can also occur at the same time along with chest, neck, shoulder or throat pain.”

“Researchers in Barcelona, for example, found that orofacial pain that’s actually heart-related – unlike toothache pain – you may feel the pain on both sides of the face. The lead author of the study explained that orofacial pain of cardiac origin is considered to be atypical, but present in up to 10% of all people during a heart attack, with or without chest pain.” 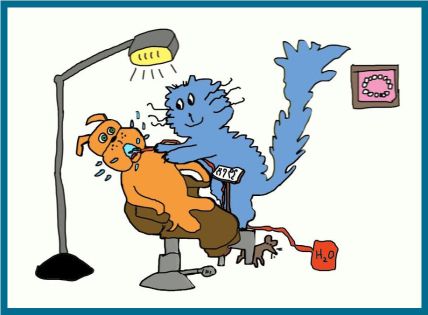 Looking into “Cavities” by Peggy

The signs suggesting that a toothache may be more than just a simple toothache include:

Carolyn wrote more about both atypical cardiac symptoms and many other typical symptoms in Chapter 1 of her book, “A Woman’s Guide to Living with Heart Disease” (Johns Hopkins University Press, November 2017)

From birth we are constantly, chronically losing our identities.  As we grow and develop those loses are generally seen as positive and things to look forward to:  Losing our dependency of childhood; being able to drive; setting out on our own.  I liken these types of losses to waves that are constant and ubiquitous.

With loss that involves tragedy or illness, the sense of who we are is wrested from us – more like a sudden tsunami than relentless waves . . .

Heart Sisters is a blog I’ve followed for several years.  Carolyn Thomas, the blogger, suffered a “widow-maker heart attack” and has devoted her time and energy to educating women, clinicians and the public about woman’s heart issues.

In an excellent post Two big factors that can impact a patient’s loss of ‘self’ Carolyn references Dr. Kathy Charmaz

“When California sociologist Dr. Kathy Charmaz studied the subject of suffering among those living with chronic illness, she identified an element of suffering that is often overlooked by health care providers.(1)  As she explained her findings:”

“A fundamental form of that suffering is the loss of self in chronically ill persons who observe their former self-images crumbling away without the simultaneous development of equally valued new ones.

“The experiences and meanings upon which these ill persons had built former positive self-images are no longer available to them.”

“Dr. Charmaz also found that this profound sense of having lost the “self” you used to be before being diagnosed is generally the result of both external and internal influences on how we view ourselves. “

Carolyn’s post spoke to me personally on several levels: