Did you know chocolate has been linked to lower rates of heart disease and stroke?  You would think that my humans would want me to have a healthy heart.

“A new study shows that eating small amounts of chocolate on a weekly basis lowers your risk of partial fibrillation (rapid or irregular heartbeat) by about 20%  2-6 servings a week does it (as opposed to less than an ounce a week) according to Elizabeth Mostofsky, an epidemiologist at the Harvard T.H. Chan School of Public Health.”

“Atrial fibrillation or ” AFib” can increase the risk of heart failure, stroke and cognitive impairment. Over 33 million people are affected. Nearly a quarter of adults with develop AFib.” 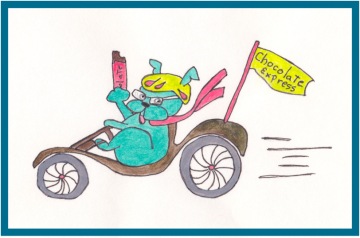 “A Danish study  of 55,000 people collected detailed questionnaires about their lives: exercise habits, eating habits, drinking habits, including how much chocolate they ate. Over time, researcher were able to see who developed AFib.”

Dark chocolate had more cocoa solids so may be the best choice.

“In Denmark most people eat milk chocolate, which has less of the cocoa than dark chocolate, but the finding were still strong. However chocolate sold in Europe has a higher amount of cocoa than that sold in the US.”

“The reduction in AFib was best in people who had 2 to 6 pieces of chocolate a week,but just one did reduce risk. However, the chocolate eaters has less hypertension, diabetes and had lower blood pressure than others, as well as hight=er levels of education, which may have affected the results.Researchers did look at other factors, such as alcohol intake, smoking, obesity, high blood pressure and cholesterol levels.”

“Flavinoids found in chocolate have anti-inflammatory and antioxidant properties, according to Mostofsky. She says the flavonoids may change the inflammatory process in the body, decrease  stickiness of the blood and lead to less scarring of connective tissue. All of this might stop the electrical remodeling of the heart that results in atrial fibrillation.” 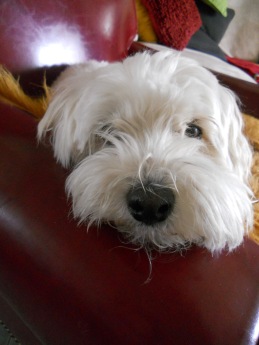 I sit alone, no valentines, no candy, no cake.  The only thing I get is dog food.

If you are sitting home alone on Valentine’s day with dog food you are not alone.