A colleague once suggested that I must have had major trauma as a child.  She thought I’d repressed something horrible because I remember very little of my childhood.  Try as I might the only “trauma” I could dredge up was the day my brother came home from the hospital.  I had just spent my entire life being an only child, the center of attention, and was not happy about the possibility of being dethroned.  I vaguely remember trying to drop him in the toilet. 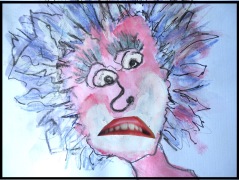 Researchers from the University of Toronto, Canada, have discovered a reason why we often struggle to remember the smaller details of past experiences – how the brain encodes useful memories while losing the irrelevant and minor details over time.

The research team found that there are specific groups of neurons in the medial prefrontal cortex (mPFC) of a rat’s brain – the region most associated with long-term memory. These neurons develop codes to help store relevant, general information from multiple experiences while, over time, losing the more irrelevant, minor details unique to each experience.

“Memories of recent experiences are rich in incidental detail but, with time, the brain is thought to extract important information that is common across various past experiences,”

“Rats were given two experiences with an interval between each: one involving a light and tone stimulus, and the other involving a physical stimulus. This gave them two memories that shared a common stimulus relationship. The scientists then tracked the neuron activity in the animals’ brains from the first day of learning to four weeks following their experiences.“This experiment revealed that groups of neurons in the mPFC initially encode both the unique and shared features of the stimuli in a similar way,” says first author Mark Morrissey. “However, over the course of a month, the coding becomes more sensitive to the shared features and less sensitive to the unique features, which become lost.”

NeuroscienceNews.com image is for illustrative purposes only.

“On the contrary, we show that groups of neurons develop coding to store shared information from different experiences while, seemingly independently, losing selectivity for irrelevant details.”

I’m relieved to know that my brain does regular house-keeping to keep irrelevant details, like trying to do in my brother, from cluttering up my medial prefrontal cortex.

I wonder if my brother remembers?

Memories for recent experiences are rich in incidental detail, but with time the brain is thought to extract latent rules and structures common across past experiences. We show that over weeks following the acquisition of two distinct associative memories, neuron firing in the rat prelimbic prefrontal cortex (mPFC) became less selective for perceptual features unique to each association and, with an apparently different time-course, became more selective for common relational features. We further found that during exposure to a novel experimental context, memory expression and neuron selectivity for relational features immediately generalized to the new situation. These neural patterns offer a window into the network-level processes by which the mPFC develops a knowledge structure of the world that can be adaptively applied to new experiences.

The Elephant in the Room – Self Isolation, Knitting Us All Together