“His opponent had been known to cause seizures, heart attacks, and even death. But Jason McNabb looked remarkably calm as he entered the arena. The whistle blew. Assault came thick and fast – a chaotic rush of watering eyes, swollen lips and perspiration.”

This was no ordinary competition. McNabb held a world record for eating the most Bhut Jolokia peppers in two minutes. “It felt like I had a mouthful of hornets stinging me all at one time. Candidly, it was like pure hell”, he says.

“The Bhut Jolokia, or ‘ghost pepper’ can measure more than a million Scoville units – in other words, it is 200 to 400 times spicier than a jalapeno. It’s one of the hottest in the world, and anyone who takes so much as a nibble is likely to suffer excruciating pain. A reasonable question to ask is: why would anyone do this to themselves?”

Jason McNabb is a champion chilli-eater and describes it as “pure hell” (Credit: Guinness World Records)

“For McNabb, the pain from the peppers produces a rush that is similar to that produced by food, drugs or sex. “The pain subsided pretty quickly and then it was just the high of the adrenaline and euphoria from the peppers,” Jason explains.”

“The link between pleasure and pain is deeply rooted in our biology. For a start, all pain causes the central nervous system to release endorphins – proteins which act to block pain and work in a similar way to opiates such as morphine to induce feelings of euphoria.”

“The relationship will come as no surprise to those who run. Bursts of intense exertion release lactic acid, a by-product of the breakdown of glucose when oxygen is in short supply. The acid irritates pain receptors in the muscles, and these communicate their plight to the brain through electrical messages, sent through the spinal cord. The signals are interpreted as a burning sensation in the legs, usually causing the runner to slow down or stop.”

“That is until the nervous system’s control centre, the hippocampus, kicks in. This seahorse-shaped portion of the brain responds to pain signals by ordering the production of the body’s own narcotics, endorphins. The proteins bind to opioid receptors in the brain and prevent the release of chemicals involved in the transmission of pain signals. This helps block pain, but endorphins go further, stimulating the brain’s limbic and prefrontal regions – the same areas activated by passionate love affairs and music. It’s a post-pain rush similar to the high of morphine or heroin, which also bind to the brain’s opioid receptors.”

Runners get a high after a long workout, but what’s going on in the brain?

“Meanwhile, the pain of intense exercise also causes a spike in another of the body’s painkillers, anandamide. Known as the ‘bliss chemical’, it binds to cannabinoid receptors in the brain to block pain signals and induce the warm, fuzzy pleasure emulated by marijuana, which binds to the same receptors. Adrenaline, also produced in response to pain, adds to the excitement by raising the athlete’s heart rate.”

“Burning legs are thought to discourage overexertion, while the ‘runner’s high’ may have enabled our ancestors to endure the pain of a marathon hunt. More generally, the pleasurable post-pain rush is thought to have evolved to help people cope in the immediate aftermath of an injury.”

Why are some types of pain enjoyable, and others just plain agonising?

“One theory to explain it is ‘benign masochism’ – seeking out pain while maintaining the awareness that it won’t cause serious damage. It’s something animals aren’t capable of doing.”

“One example is chilli. The active ingredient, capsaicin, is harmless. It hurts because it happens to bind to TRPV1, part of a family of temperature-sensitive receptors in our tongues which alert the body to potentially damaging heat or cold. Activating TRPV1 sends the brain the same signals as if the tongue was actually on fire.”

“Most young children are averse to chilli, but they learn to enjoy it through repeated exposure as they learn to disassociate the fruit with real physical harm. Yet chilli addicts’ tongues are just as sensitive to capsaicin as everyone else’s.” 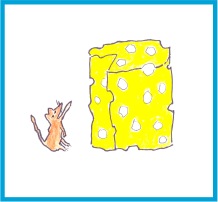 “We rats are culinarily cunning”

“Pain is a uniquely human indulgence. Scientists have tried, and failed, to induce a preference for chilli in rats. Animals have been trained to self-harm, but only by ‘positive reinforcement’, in which animals are taught to associate pain with a reward. “Generally, when an animal experiences something negative, it avoids it,” explains Paul Rozin, from the University of Pennsylvania.”

“The theory is also thought to explain why we seek out and enjoy other intrinsically unpleasant experiences, such as fear-inducing roller-coasters or sad movies. “If an animal took a roller=coaster it would be scared, and it would never go again.” says Rozin.”

“One study, in which researchers used fMRI to visualise the brains of women as they stimulated themselves to climax, found that more than 30 areas of the brain were active, including those involved in pain. Another found that cancer survivors, who had nerves in their spinal cord cut to relieve chronic abdominal pain, lost the ability to have orgasms. If their pain returned, so did the orgasms.”‘

“Barry Komisaruk from Rutgers University, who authored the imaging study, thinks there’s a fundamental link between pain and orgasm pathways. “Another observation is that the facial expressions during orgasm are often indistinguishable from those in pain,” he says.”

“Along these lines, a study into how paracetamol affects emotions found that the painkilling drug not only relieves emotional pain, but also blunts feelings of pleasure. In the study, students were given either paracetamol or a placebo, and asked to rate the intensity of their emotions towards a series of provocative photographs. The drug leveled off highs as well as lows – an indicator that it operates on shared biological pathways.”

For human beings, then, it appears that pain and pleasure have always been intertwined.  Pass the chili’s . . .