Some researchers say visualising your ‘future self’ can beat procrastination and drive better decisions.

The theory goes like this: most of us aren’t particularly good at picturing how our immediate actions will affect us long-term. But if we’re constantly picturing ourselves at a later point in life, and how our daily decisions affect this future person, it can help us make better immediate decisions because it’s easier to imagine the long-term consequences.

“Part of the idea comes from research by Hal Hershfield, psychologist and associate professor of marketing at UCLA’s Anderson School of Management, who studies how our perception of time can alter decision-making.”

“In a series of four experiments, people were asked to interact with their “future selves” – digitally altered portraits which showed them in old age – through a virtual reality program. Hershfield found that those who interacted with their future selves were then more likely to allocate money towards a hypothetical retirement savings account.” 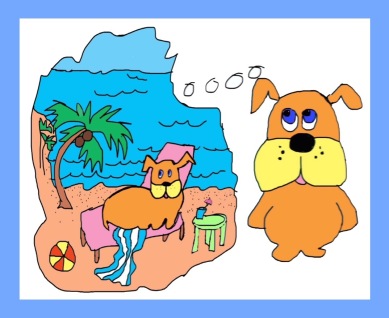 Hershfield says we often behave in ways that can be detrimental in the long term: “It’s very similar to eating unhealthy today and suffering the consequences over time.”

But “when we help people visualise and more deeply consider their future selves it increases the tendency to act in ways that are more future-oriented.”

In one study 193 university students were assigned to either a present-focused meditation or a future-focused mental imagery meditation. Those who regularly practised visualising their future were better able to empathise with their future selves and experienced a so-called “future-self continuity” due to less procrastination “People who procrastinate feel disconnected from that future self.  The more you imagine yourself in the future the more emotionally connected you feel to that self.”

This idea is not always the key to ending procrastination or altering behaviour, because not all people who procrastinate do so for the same reasons. Instead, it’s important to understand the cause of procrastination.

For example, if the reason for procrastination is simply that you don’t enjoy doing a particular task or are afraid to fail, imaging yourself in the future may make someone even more anxious. “If you are procrastinating because you are really anxious that you are not doing that task well, then visualising the future self might exacerbate anxiety.”

Srini Pillay, an assistant professor of psychiatry at Harvard Medical School and author of Tinker Dabble Doodle Try, has developed a method to foster this behaviour.

Of course, not everyone is capable of imagining challenges. The practice is also more difficult when the reasons behind your procrastination are vague or tougher to understand.

Ultimately, the exercise can help you understand why you’re procrastinating about something that you’re trying to achieve and help you move forward, says Pillay.

“Tinkering with your imagination turns on this unfocused circuit and helps you put together the missing puzzle pieces.”

3 comments on “A Mind Trick to Beat Procrastination”

What Happens to Your Brain When You Reconnect With an Old Flame?

I believed my first loves (I’m using the plural in order to propagate an image of being one of the “popular” girls) were indelibly etched in my heart. The experiences we shared together, and even how we separated, stay with me in a positive and healthy way and helped form the person I am today. […]