Not that long ago sleep was thought to be for the body.  Research now indicates that sleep is more for the brain – the consolidation of memory,  pruning, reorganizing, regenerating all that goes on between the ears.
How can sleep not be important since we humans spend almost half of our lives sleeping?
Now some studies indicate that sleep is different depending on where one falls on the depression-anxiety spectrum.  By influencing how memories are processed, sleep can also change the power of a memory itself.*
This has huge implications for treatment of Post traumatic Stress Disorder (PTSD):

“Sleep researchers are also looking at the potential of certain facets of sleep to treat post traumatic stress disorder. One study suggests that sleeping within 24 hours of a traumatic experience will make those memories less distressing in the subsequent days. For people with anxiety, sleep therapy might help with reminding people that they’ve eliminated their fear.” 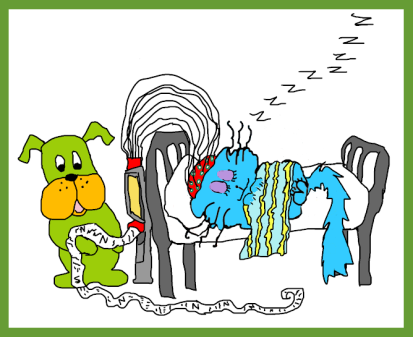 But while people with typical cognitive patterns need sleep to recover from intense experiences, it may be different for those with depression.

“Wake therapy, where people are deliberately deprived of sleep, is spreading as a method of treating depression. It doesn’t work in all cases. But it may be that it jolts the circadian system, which is prone to sluggishness in people with depression.”

“Sleeplessness in some cases may have a protective effect.  Often following intense trauma, “the natural biological response in those conditions is that we have insomnia”. This may be an appropriate response to an unusual situation.”

So sometimes it can actually be a good thing that REM sleep deprivation harms the brain’s ability to consolidate emotional memories. “There’s good evidence that people who have longer REM sleep tend to be more depressed,”

“Why does sleeplessness help the emotional state of some people with depression and trauma, but not others? New work by suggests that the difference may come down to genetics. A particular gene, called the brain-derived neurotrophic factor (BDNF) gene, appears key to memory consolidation during sleep.”

“People with a specific gene mutation are vulnerable to the frequent, unhelpful circling of negative memories during sleep – for them, it could be helpful to go to sleep early and get up very early.”

And the new research suggests that people who have a specific mutation of the BDNF gene are vulnerable to the frequent, unhelpful circling of negative memories during sleep. For them, it could be helpful to go to sleep early and get up very early to minimise the amount of REM sleep.

*Elaina Bollinger, specialises in emotion and sleep at the University of Tuebingen.

How to reduce fear & anxiety in 30 seconds

Affect labeling—the act of naming one’s emotional state—helps blunt the immediate impact of negative feelings and begin the process of reducing stress. Ina small study* of 30 subjects, researchers conducted a series of brain-imaging experiments in which participants were shown frightening faces and asked to choose a word that described the emotion on display. Labeling the […]