The secret that all audiobook lovers know, is now official: you get more thrills listening to the audio adaptation of a novel than you do from its equivalent on Netflix.

A new study, released by UCL, found that people experience heightened physiological reactions, with stronger heart and brain responses, when listening to audiobooks as opposed to viewing screen adaptations of the same works. This is the first time any research has been done looking at whether changing the way a story is delivered changes its emotional impact on us.

In the year plus long study, ” . . . a collaboration with Audible, scientists tested scenes from eight blockbusters and bestsellers – A Game Of Thrones, The Girl On The Train, Pride And Prejudice, The Silence Of The Lambs, Great Expectations, The Da Vinci Code, The Hound Of The Baskervilles, and Alien. They tracked the conscious responses of 103 participants aged 18 – 67 to the audio and video clips through a variety of surveys, while measuring heart rate and electrodermal activity with Empatica E4 biometric sensors – two physiological signals that can reveal cognitive processing and sub-conscious emotional arousal in the brain.”

“Listening to a story on Audible produced greater emotional and physiological engagement than watching the scene on a screen, as measured by both heart rate and electro-dermal activity,” concluded Dr. Joseph Devlin, head of experimental psychology at UCL and lead researcher on the project.

The fascinating part is “ . . . when surveyed, participants assumed they were less engaged, the biometric sensors indicate otherwise. Having concluded the first phase of our multi-stage study with Audible, it seems as though the heart really does tell the story.”

“Highlights of the UCL study include:

It’s nice to have confirmation that I’m not just filling up time with audio-travel but keeping myself warm, exercising my heart & head, entertaining and inspiring me on the road.

Some Good News From Researchers Studying the Novel Coronavirus 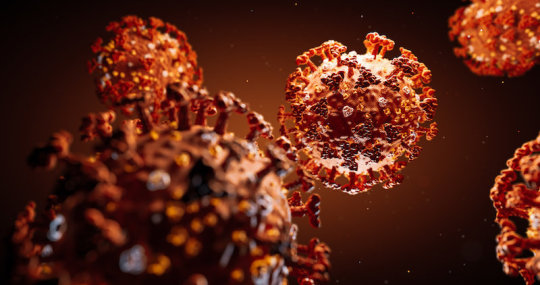 We pulled the following from an article on sequencing the genome of COVID-19.  It seems that researchers are hopeful the virus can be stopped.  When is still the unknown.  The link to the full article is at the end.  We’ve highlighted with color what we find “good news”. “While researchers caution they’re only seeing the […]