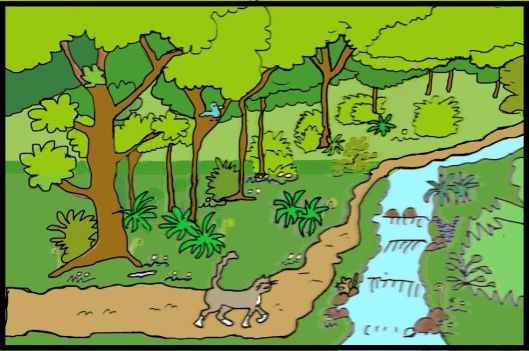 Taking a Forrest Dip by Peggy

The idea is to go slow and let yourself take in nature – the sights, smells and sounds of the forest – notice things you might ordinarily miss.  It’s a meditation which helps clear your brain, and see your surroundings with fresh eyes.

The practice began in Japan. Back in the early 1990s the Japanese Ministry of Agriculture, Forestry and Fisheries coined the term Shinrin-yoku — which translates roughly as forest bathing.

“There’s a growing body of evidence that the practice can help boost immunity and mood and help reduce stress. “Medical researchers in Japan have studied forest bathing and have demonstrated several benefits to our health,” says Philip Barr, a physician who specializes in integrative medicine at Duke University.”

One study published in 2011 compared the effects of walking in the city to taking a forest walk. Both activities required the same amount of physical activity, but researchers found that the forest environment led to more significant reductions in blood pressure and certain stress hormones.

“Researchers were able to document a decrease in blood pressure among forest bathers. As people begin to relax, parasympathetic nerve activity increases — which can lead to a drop in blood pressure.”

“On average, the forest walkers — who ranged in age from 36 to 77 — saw a reduction in their systolic blood pressure from 141 mmHg down to 134 mmHg after four hours in the forest.  This might not sound like a big difference, but it can be clinically significant. Most doctors these days agree that people younger than 60 should aim to keep their blood pressure under 140.”

“There’s another factor that might help explain the decline in blood pressure: Trees release compounds into the forest air that some researchers think could be beneficial for people. Some of the compounds are very distinctive, such as the scent of cedar.”

“The idea that spending time in nature is good for our health is not new. Most of human evolutionary history was spent in environments that lack buildings and walls. Our bodies have adapted to living in the natural world.”

Do you want an easy and MEANINGFUL way to make a difference?