Meditating is hard for me.  My monkey-mind jumps over and around what I’ve decided to focus on, climbs into places and spaces that have no bearing on anything  and swings from thought-branches I didn’t even know were there. 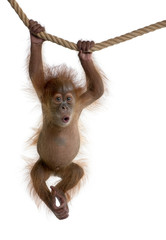 When I read this article written by Sanjay Gupta, MD and his invitation to meditate with the Dalai Lama himself I was a bit more reassured.  Here’s the part that caught my attention:  (jw)
“This is hard for me,” I said.
“Me, too!” he exclaimed. “After doing daily for 60 years, it is still hard.”
It was at once surprising and reassuring to hear him say this. The Dalai Lama, Buddhist monk and spiritual leader of Tibet, also has trouble meditating.”

‘”I think you will like analytical meditation,” he told me. Instead of focusing on a chosen object, as in single-point meditation, he suggested I think about a problem I was trying to solve, a topic I may have read about recently or one of the philosophical areas from the earlier sessions.”

“He wanted me to separate the problem or issue from everything else by placing it in a large, clear bubble. With my eyes closed, I thought of something nagging at me — something I couldn’t quite solve. As I placed the physical embodiment of this problem into the bubble, several things started to happen very naturally.”
“The problem was now directly in front of me, floating weightlessly. In my mind, I could rotate it, spin it or flip it upside-down. It was an exercise to develop hyper-focus.
Less intuitively, as the bubble was rising, it was also disentangling itself from any other attachments, such as subjective emotional considerations. I could visualize it, as the problem isolated itself, and came into a clear-eyed view.”
“Too often, we allow unrelated emotional factors to blur the elegant and practical solutions right in front of us. It can be dispiriting and frustrating. Through analytical meditation, His Holiness told me, we can use logic and reason to more clearly identify the question at hand, separate it from irrelevant considerations, erase doubt and brightly illuminate the answers. It was simple and sensible. Most important, for me — it worked.”

“As a neuroscientist, I never expected that a Buddhist monk, even the Dalai Lama, would teach me how to better incorporate deduction and critical thinking to my life — but that is what happened.
It changed me. And I am better for it. I practice analytical meditation every day, usually early in the morning. The first two minutes are still the hardest, as I create my thought bubble and let it float above me. After that, I reach what can best be described as a “flow” state, in which 20 to 30 minutes pass easily.
I am more convinced than ever that even the most ardent skeptics could find success with analytical meditation.”
To read the entire article click here.

10 comments on “Meditate with the Dalai Lama”

Judy has written another book.  It’s for children and adult-children–and you get a sneak peek at it!! It’s a little known fact that not all frogs are princes in disguise . . . . . .  there are two genders, one of which is the “weaker sex”. The Frog Princess By Judith Westerfield “I’m of […]