How about  the attack of the flesh-eating bananas.

Excerpted from Why are People so Incredibly Gullible by David Robson, BBC Future’s feature writer.

(This was such a fascinating article I had trouble editing it down.  For the entire article click on the Title.)

“In January 2000, a series of chain emails began reporting that imported bananas were infecting people with “necrotizing fasciitis” – a rare disease in which the skin erupts into livid purple boils before disintegrating and peeling away from muscle and bone.”

“According to the email chain, the FDA was trying to cover up the epidemic to avoid panic. Faced with the threat, readers were encouraged to spread the word to their friends and family.”

“The threat was pure nonsense, of course. But by 28 January, the concern was great enough for the US Centers for Disease Control and Prevention to issue a statement decrying the rumor.”

” . . . Rather than quelling the rumour, they had only poured fuel on its flames. Within weeks, the CDC was hearing from so many distressed callers it had to set up a banana hotline. The facts became so distorted that people eventually started to quote the CDC as the source of the rumour. Even today, new variants of the myth have occasionally reignited those old fears.”

“One, somewhat humbling, explanation is that we are all “cognitive misers” – to save time and energy, our brains use intuition rather than analysis.”

As a simple example, quickly answer the following questions:

“How many animals of each kind did Moses take on the Ark?”

“Between 10 and 50% of study participants presented with these questions fail to notice that it was Noah, not Moses, who built the Ark, . . . even when they have been explicitly asked to note inaccuracies.”

“Known as the “Moses illusion”, this absent-mindedness illustrates just how easily we miss the details of a statement, favouring the general gist in place of the specifics. Instead, we normally just judge whether it “feels” right or wrong before accepting or rejecting its message. “Even when we ‘know’ we should be drawing on facts and evidence, we just draw on feelings,” says Eryn Newman at the University of Southern California, whose forthcoming paper summarises the latest research on misinformation.”

“Based on the research to date, Newman suggests our gut reactions swivel around just five simple questions:”

“Crucially, our responses to each of these points can be swayed by frivolous, extraneous, details that have nothing to do with the truth.”

Then there’s the “cognitive fluency” of a statement – essentially, whether it tells a good, coherent story that is simple to imagine. “If something feels smooth and easy to process, then our default is to expect things to be true,” says Newman. This is particularly true if a myth easily fits with our expectations. “It has to be sticky – a nugget or soundbite that links to what you know, and reaffirms your beliefs,” agrees Stephan Lewandowsky at the University of Bristol in the UK, whose work has examined the psychology of climate change deniers.”

“In light of these discoveries, you can begin to understand why the fear of the flesh-eating bananas was so infectious. For one thing, the chain emails were coming from people you inherently trust – your friends – increasing the credibility of the claim, and making it appear more popular. The concept itself was vivid and easy to picture – it had high cognitive fluency. If you happened to distrust the FDA and the government, the thought of a cover-up would have fitted neatly into your worldview.”

“It’s true: we would rather hide our heads in the sand than listen to evidence questioning our beliefs, even if the facts are solid “(Credit: Getty Images)

“That cognitive miserliness can also help explain why those attempts to correct a myth have backfired so spectacularly, as the CDC found to their cost. Lab experiments confirm that offering counter-evidence only strengthens someone’s conviction. “In as little as 30 minutes, you can see a bounce-back effect where people are even more likely to believe the statement is true,” says Newman.”

“As a result of these frailties, we are instantly drawn to the juicier details of a story – the original myth – while forgetting the piddling little fact that it’s been proven false. Worse still, by repeating the original myth, the correction will have increased the familiarity of the claim – and as we’ve seen, familiarity breeds believability. Rather than uprooting the myth, the well-intentioned correction has only pushed it deeper.” 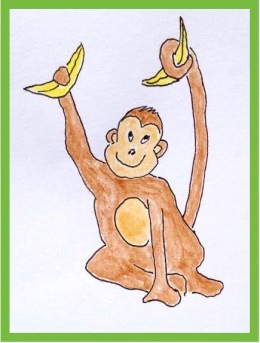 “It’s always worth asking whether you have thought carefully about the things you are reading and hearing. Or are you just being a cognitive miser, persuaded by biased feelings rather than facts?

Some of your dearest opinions may have no more substance than the great banana hoax of the year 2000.”

6 comments on “April Fools’ Day is EVERYDAY – no joke”

Once a month I facilitated a free, non-denominational HeART of Spirituality workshop. Tapestry Unitarian Congregation hosted.  There was a different theme each month. For those of you who want to think about your own spirituality Here’s the information and the exercises for you to do.   For those who just want a peek at the heART […]